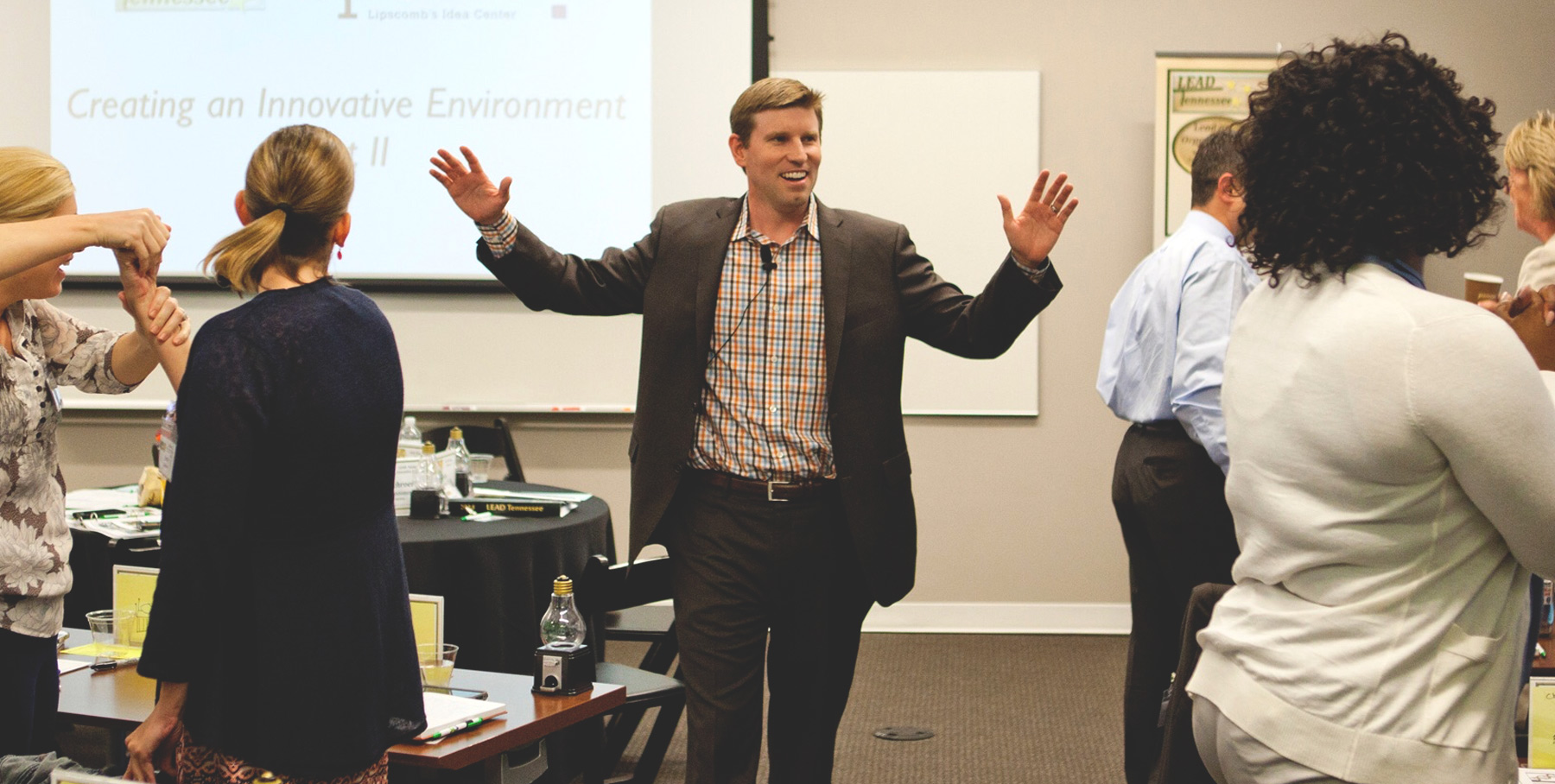 For a long time, I thought great negotiators are born, not made. But fortunately for a lot of us, that’s not true. With a few key strategies under your belt, you can become a strong negotiator, even if it doesn’t come naturally to you. When you do, you’ll create outcomes for your business that make a significant impact on your revenue. Best of all, you can do it while treating others with respect.

If you want to be a better negotiator, this episode of the Building a Story Brand podcast will show you how. In it, I sit down with negotiation coach and expert John Lowry. He walks us through five techniques to improve our negotiation skills so we can strike better deals, increase our revenue, and grow our companies.

I went through one of John’s negotiation courses and learned so much. Mastering this skill has saved me — not kidding — more than a million dollars.

As John told me, there’s a lot of evidence that if people just spend a little bit of time working on their negotiation skills, their success can grow exponentially.

Best of all, becoming a skilled negotiator doesn’t mean becoming a cold, unfeeling shark. In fact, the more relationally tuned-in you are, the better you’ll be at negotiation.

These five negotiation strategies from John will help you get started. Listen to the full episode of the podcast, where we cover all this plus a lot more about psychology of pricing, or keep reading for a recap. As you read this post or listen to the episode, answer a few short questions on our downloadable worksheet to help you apply this content to your life and business.

Recognize that you are a negotiator.

A lot of us don’t think of ourselves as negotiators. That’s why John starts his courses by asking all his clients this question:

“What percentage of your week do you spend engaged in a strategic communication process to get a deal or to resolve a problem?”

And that’s exactly what negotiation is: a strategic communication process to get a deal or resolve a problem.

So whatever our titles are, know that we’re all (more than likely) professional negotiators too. That’s why it’s critical to spend time developing your negotiation skills. As John says: “Your success is largely dependent upon how well you negotiate.”

To recap: first, everybody is a negotiator, regardless of whether they think of themselves that way; and second, anybody can become a better negotiator.

Learn to recognize the two styles of negotiators.

One of the first things you discover in negotiation training is that there are really just two kinds of negotiators: competitive negotiators and cooperative negotiators. Neither style is necessarily better than the other, but each style has a different objective in mind for the final result.

You probably already know which kind you are. Competitors see every scenario as a win/lose situation, and they want to come out on top. Cooperative negotiators, on the other hand, are looking for a win/win.

We need to realize early on in a negotiation when the other party is wired as a competitive negotiator or a cooperative one, because it totally changes our strategy.

Say you’re negotiating with a win/lose person, and they’re coming at you tough. You’ve got to go tough back. You might think that being nice will make them be nice, too. But that will make a competitive person more aggressive and more likely to take advantage of you. They’ll mistake your niceness for weakness and think, “Oh, this guy/gal is putty.”

Responding to a competitive person with a competitive attitude is actually your way of cooperating with them. You’re playing by their rules, in a way. And by doing so, you’ll force them to make a strategic decision of either going through the process competitively (and risk losing) or being more cooperative.

The first number that goes on the table is what John calls the “anchor offer.” Once a boat drops anchor, it can only go so far, depending on how long the rope is. The same is true for the first number presented in your negotiation.

The first offer of any negotiation defines the range of the whole deal. For example, as a part of his workshop, John has watched thousands of clients go back and forth in a fictional deal with a spread of $400,000. In almost every deal, the final number ends up within $100,000 of the first number that’s dropped.

The conventional wisdom is to let the other side be the first to name that opening number. But given its influence in the final outcome, John recommends that you not concede the chance to make that opening offer without good reason.

Here’s why: by establishing an aggressive anchor offer, you give yourself wiggle room. That’s significant. It allows you to make “concessions” for the other side as the negotiation goes on. You end up with a result that works well for you, and the other side feels like they’re winning. When people feel like they’re winning, it makes them more likely to ink the deal, whether they’re competitive or cooperative.

Unfortunately, there’s no broad numeric or percentage rule to guide us here because there are too many situations and contexts. But John lays out three zones for you think in, and your experience will help you to feel these out as you do more and more negotiations in your industry.

John recommends that your anchor offer be “as aggressive in the credible zone as possible.”

Here’s a story from John that illustrates why. He was consulting with a small tech company with a sales team of 30 people. Their industry was saturated. They were just one of many vendors providing proposals to their potential clients. In order to win the business, they felt like they needed to have the lowest bid.

After a long discussion, the VP of Sales decided to test out a new approach. For 90 days, they’d work up their proposals just like normal. But before hitting “send,” they were to add 10% additional cost to their proposals.

What happened? Sales increased by 3% during that 90-day period. Same product, same team, same marketing. That boost in revenue came purely from a stronger opening offer.

Go beyond rationale and look for the emotions.

Human beings aren’t rational. And that means a deal is never just about the numbers. You’ve got to ask, What’s going on behind the scenes with the person I’m negotiating with, both emotionally and psychologically?

John calls this “going below the line.” Unsophisticated negotiators get overly focused on winning their position on elements of the deal, like price, term, amount, quality, or scope. Negotiations turn into an argument over who’s “right.” Sophisticated negotiators go beyond positions and deal in the intangible factors that are motivating the other side to take those positions. As John says:

It takes leadership to discern what’s below the line. John recommends asking open-ended questions that start with “Help me understand…” or “Tell me about…” Then, listen as much to what the other person says as to what they don’t say. For example, no one is going to come out and admit, “Hey, I’m low on my monthly sales quota and I really need this deal to look good to my boss.” But you might pick it up after the person on the other side casually mentions a slow afternoon when you ask about his day.

It’s one thing to negotiate a one-time deal with a used car salesperson that you’ll never see again. But for a lot of us in our careers, we’re negotiating deals with the same people and companies over and over again. In those cases, it’s critical that we make sure everybody is satisfied at the end of the negotiation.

But that satisfaction is about more than just the final result of the deal.

First, we want satisfaction with the process. The people you deal with should be as satisfied with the way the deal was done as they are with the deal itself.

Second, we want satisfaction in the way people are treated. We want to honor them and respect their dignity.

Third, we want satisfaction with the product — the end result of the final number, deal, or agreement.

Invest time in your negotiation skills, because quite honestly, there are high stakes. You could either make or lose hundreds of thousands of dollars for your business depending on how well you can strategically communicate how to resolve a problem. Give this episode a listen and you’ll have a lot more confidence and know-how going into your next negotiation. 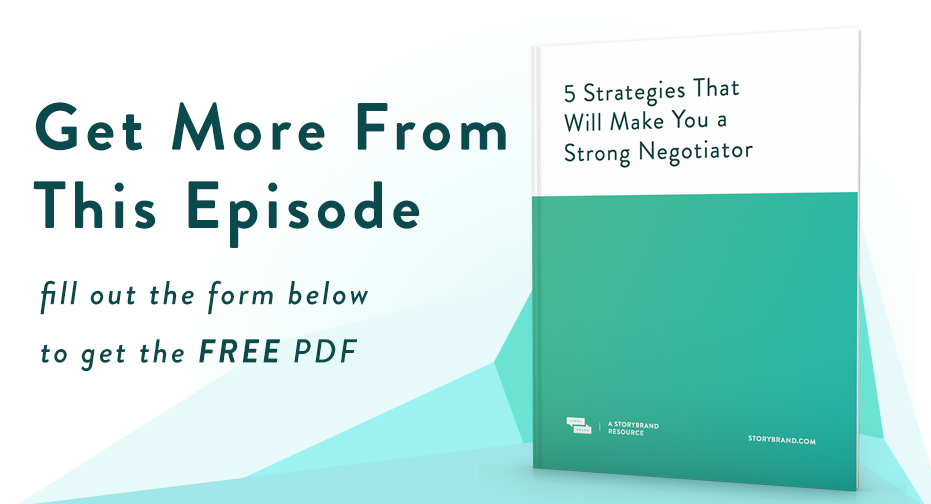 Answer a few short questions on our downloadable worksheet and apply this episode to your life and business. You’ll remember more of what you learned and have clarity for how to put it to use right away. 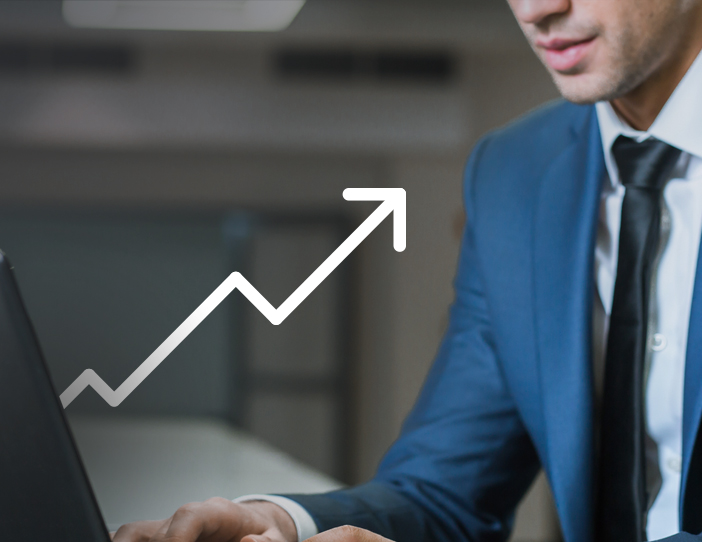 Private: Try This 30-Day Process for a Happy and Productive 2018 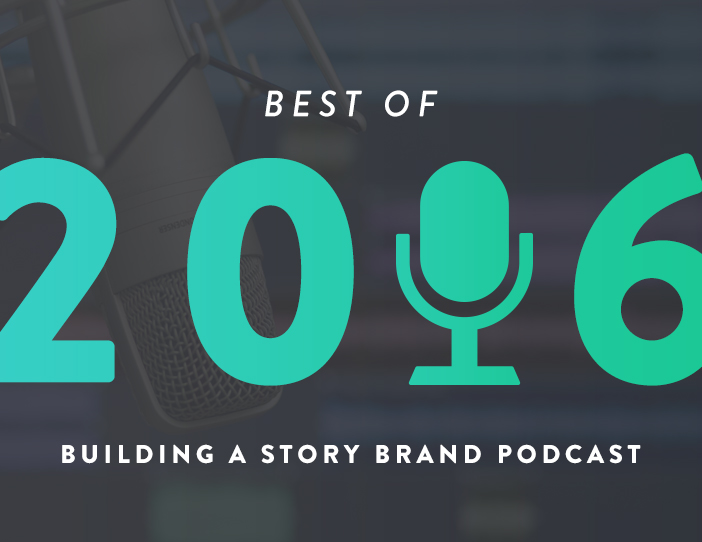 The 10 Most Helpful Takeaways from the StoryBrand Podcast This Year

Interview with The Best of 2016 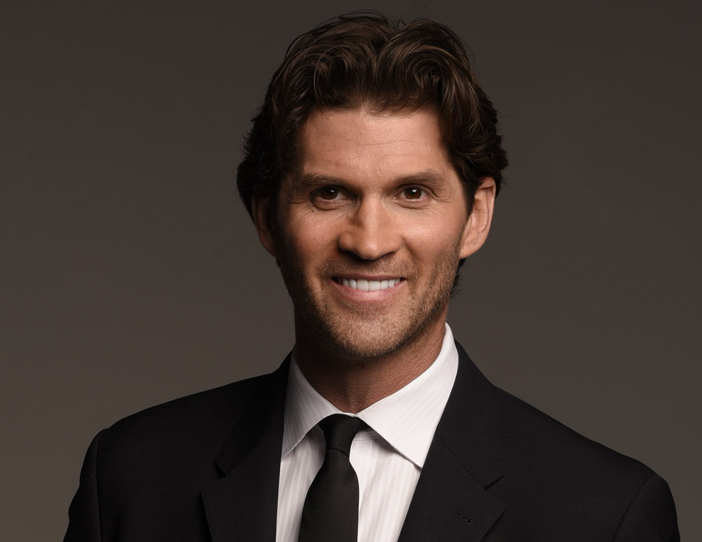 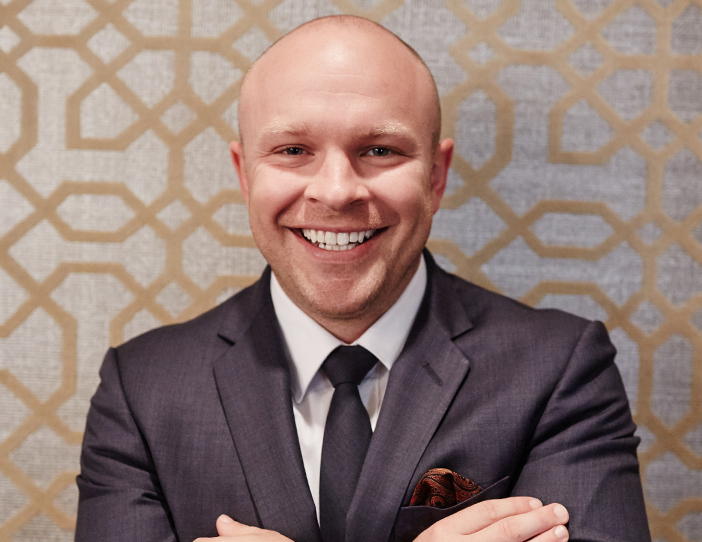 3 Reasons Why You Should Fire Yourself This Week (Seriously!)